Despite the poor economy and several empty store fronts along 5th Avenue, some places are opening up. The recent change over at the corner of 45th Street and 5th Avenue was revealing. 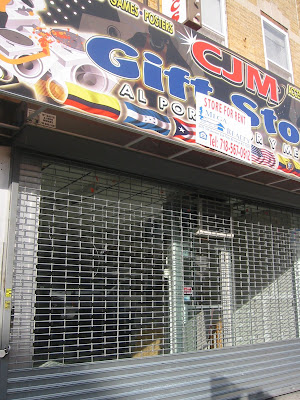 This space housed many different music oriented shops. Back in the 90's is was La Pachanga, home of all things musical. After that it was Tu Mundo Musical. This latest music/gift store closed just a little while ago, and the space was rented out again pretty quickly. The flashy, colorful sign was removed to make way for the new guard, and during the change over we were able to catch a glimpse of its past. 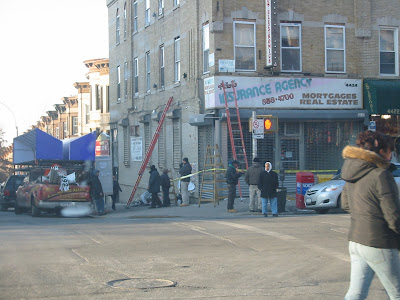 I know not everyone finds these kinds of "discoveries" as exciting as I do. In fact, probably few people do. It's pretty cool, though, to catch a peek at hidden treasures like this pastel insurance sign. I was very pleased that I happened by before the new, less exciting and very serious looking awnings were put up. I almost missed seeing the old signage. 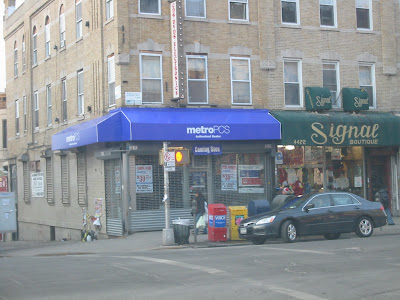 Here's the shiny, new awning. Sterile and plain, I say. At least the Signal Boutique next door still has some personality. When did it change over from Francia? Or is it just a different name/look? Anyone know?
Posted by BestViewInBrooklyn at 1:27 AM