This took place last Saturday, and as seems to be the norm for me lately, I made it to the Lunar New Year celebration late. Walking into the gym area, I thought firecrackers had gone off due to the smoky look to the air. I was wrong; it came from the cotton candy machine...it was kind of like a fog of sugary goodness surrounding you. From my days of working the cotton candy machine as a school fundraiser, I know that it's a thankless, sticky, messy job. The fluffy stuff does taste good fresh, though. 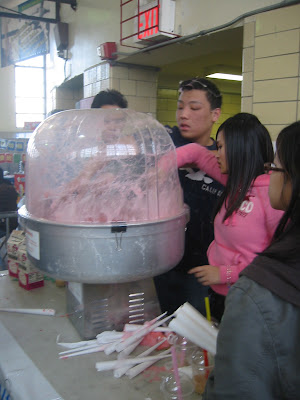 There were a lot of people still hanging around. Most were in line to spin the prize wheel. What you see below were the prizes. Apparently, most of the people waiting wanted the fruity chunks-at-the-bottom drinks. What most walked off with were juice boxes. No one was too unhappy though. It's free, after all. 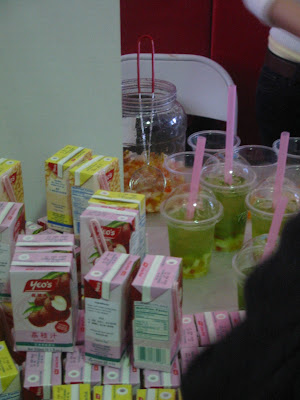 Karen Gripper, the Recreation Center manager, was on hand to give away treats. She has been doing a great job with the events and upkeep of the Center. Between the craft groups, Tai Chi, after-school programs, playgroups, library, ping-pong players, holiday celebrations, census tests, and the regular Center activities, she and her staff stay plenty busy. Most are incredibly friendly as well. 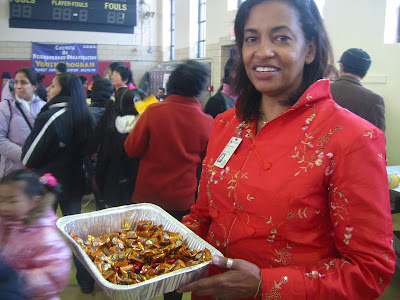 There was a magic show while I was there. This young man was connecting and detaching the rings in various forms. The audience was almost reverential...eerily so. 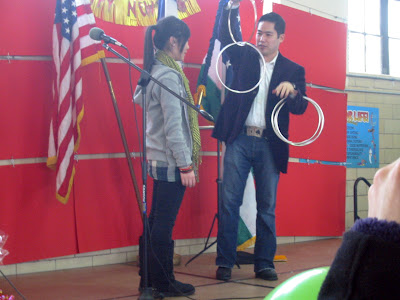 The Tea Society of America was represented by a very friendly man. He had a beautiful table set out, but since he was back in the corner with the cotton candy (hence the foggy look) and the bathroom, few came by to check out the display. 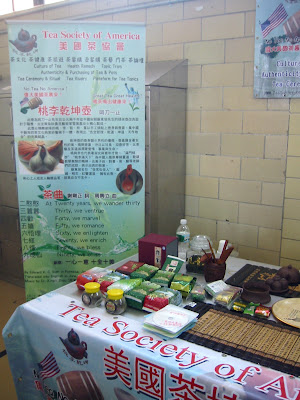 The Sunset Park Relay for Life group was represented as well. The kick off party is on March 7th at OLPH. You can sign up a team or read more about it here. The relay is at IS 220 at 9th Avenue and 48th Street. It will take place on May 30th.
Posted by BestViewInBrooklyn at 2:32 AM