What You See in Sunset Park: No Joke

Both suemejack and I snapped photos of this guy who stands guard in front of a house in the low 40's. Not much has changed in the months that passed between her photo and mine, and we both named the photo "No Joke" thanks to the graffiti. Seems appropriate considering the caricature it frames. 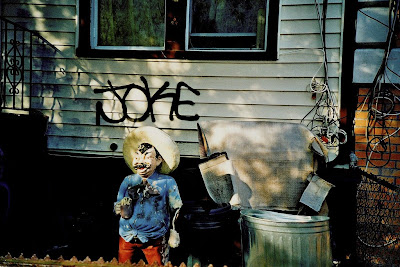 This one is suemejack's photo. 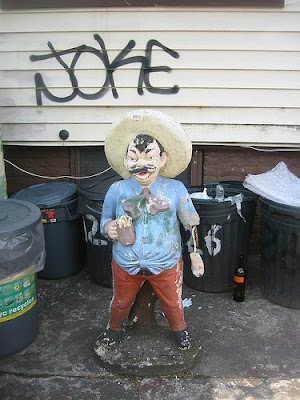 And this one is mine, taken just over a week ago. Now he has a tracking sticker on his hat, and a bottle of Yellowtail behind him. He hasn't touched his root beer.

Both photos are a part of the Best View in Brooklyn photo pool.
Posted by BestViewInBrooklyn at 1:54 AM