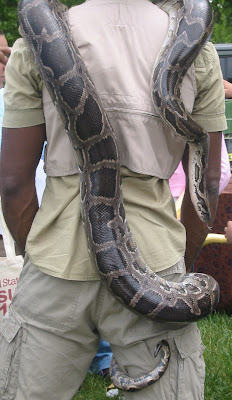 This year's Brooklyn Anniversary Day had a distinct threat of rain, but that didn't stop lots of Sunset Park kids and parents from enjoying the offerings in the park. Above and below are photographs of Erik's Reptile Edventures. According to Erik, he does a lot of school shows, but he also brings his reptilian pets to birthday parties and other functions (like Family Day). The snakes were very cool; my almost 8 month old got a kick out of petting them. There was also a turtle and frogs. Erik and his lovely assistant were great about letting children and adults handle the snakes respectfully. They also shared nuggets of wisdom. Did you know that when a snake's eyes turn bluish he is getting ready to shed his skin? Cool. 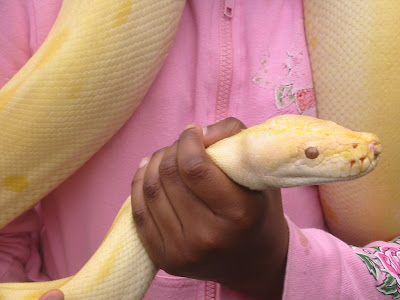 Below are some shots from Vanessa of Vee's Vision. There are the ponies, some sports games that were set up in the courts, and balloon giveaways from Challenge Industries and the Census 2010 people. Other attractions included the bouncy rides, cotton candy, a petting zoo, board and tossing games, and face painting. There were also arts and crafts for kids to create. 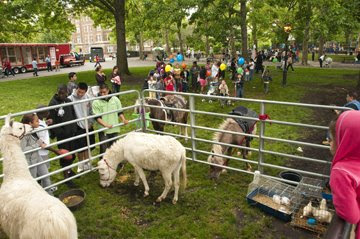 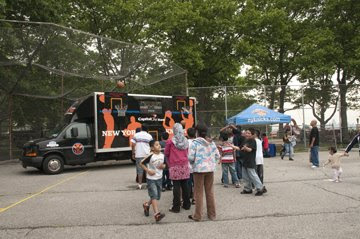 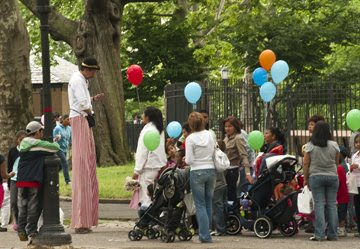 Posted by BestViewInBrooklyn at 3:24 AM