Trees Damaged in the Park: Mother Nature or Homo Sapiens? 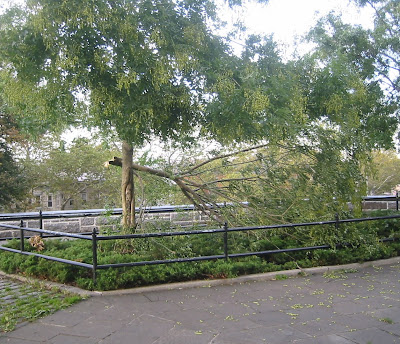 From far away, I thought that maybe the wind had torn through this area by the flagpole on Wednesday night. But upon arriving to the embedded carousel near these trees, it became less clear what caused this terrible tree damage. 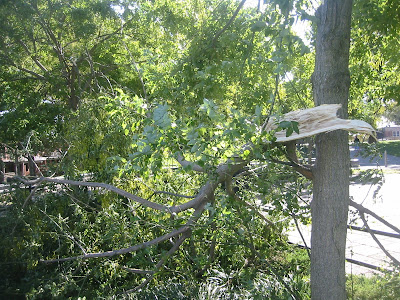 I seriously doubt the wind caused this. Wednesday night's windy conditions can claim plenty of small branches (and a couple of large ones that luckily didn't hit anyone) down all over the park. These look more like intentional pulling and tearing. Speculation? Educated guess? Totally off? I'll rely on more experienced readers to decide. 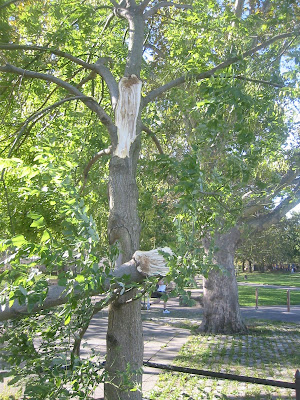 According to the NYC Parks website, intentional destruction/removal/permanent damage to a tree can result in a $1000 penalty. 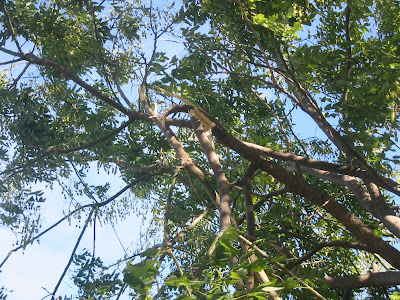 Just one more reason I really hope that karma exists. Maybe in this person's next life, s/he'll be a tree near one of those waterfall exhibits.
Posted by BestViewInBrooklyn at 12:32 AM

if you are right about the trees, that is horrible! do we call 311 if we ever see something like this happen?