Year of the Ox After-Party Pics 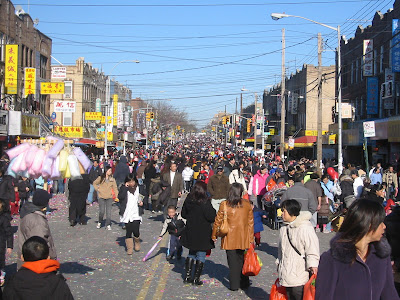 This is looking north on 8th Avenue from 59th Street.
What can I say? I have an almost two year old who naps during all the best events. We got to 8th Avenue at about 2:15 PM or so, and we missed all the wild and crazy antics. If you have great photos or anecdotes about the parade/demonstrations, send them to bestviewinbrooklyn@yahoo.com so I can post them and make it look like I had more to do with the party.

Sunset-Park.com is back from a too long hiatus, and he got some fantastic shots of the actual event. On flickr, mishmonger on flickr has a few really close and personal shots of people and this flickr set by Aonghais MacInnes has five fantastic photos. I especially love the first black and white one. All of these people have much better cameras than I, so I strongly recommend stopping by these links.

We walked down to 59th on 7th and then walked back to the Park on 8th. It was still incredibly active right through 50th Street. Tons of silly string, trash, cute kids in fun outfits, and there were a few post parade lion/dragon dances. Considering we were navigating the street with an infant and a toddler, it was probably just as well that we missed the main events. 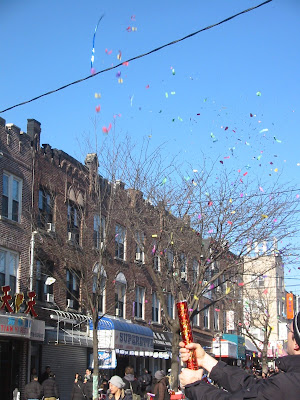 We bought one of those popping sticks that release confetti later to become trash on the street. I still have residual guild about littering on the street. As with many things in life, the anticipation of the event was more exciting than the reality. I still backed away and shielded my eyes. I do that when anyone opens a sparkling beverage, too. We probably should have splurged for the $5 popping stick. 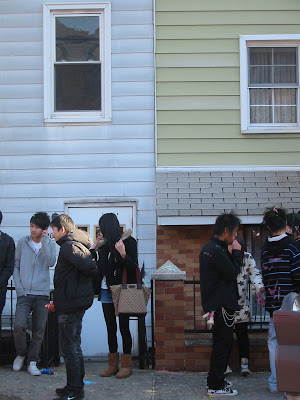 Even though there were many tweens and teens having fun with the silly string (let's hope it's CFCless), some of the young people were doing what young people do best: standing around and looking as bored and apathetic as they could. By the by, they were looking cool and apathetic in front of the house that recently sold for some insane amount. 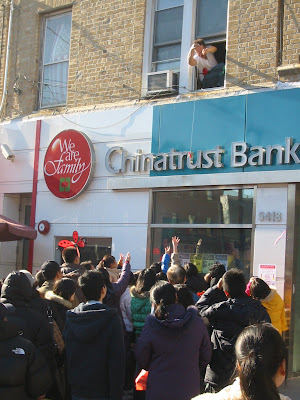 This guy, hanging out of the window, was tying red envelopes to string and dangling it into the crowd. I think he is co-author of How to Make Friends and Influence People. 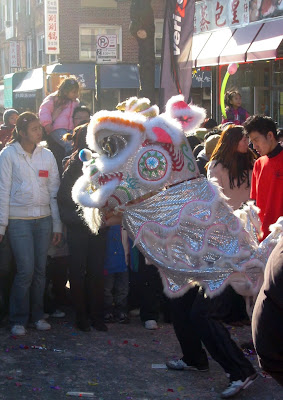 We did get to see one of the left-over dragon dances up close. It delighted the toddler, and there was quite a crowd gathered to check them out. They spent a bit of time in the pharmacy before coming back out to dance to the drums and cymbals. 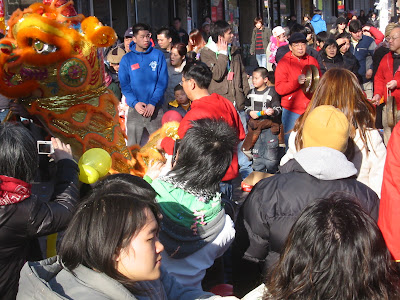 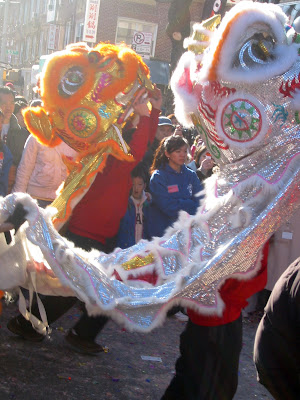 The photo below shows one of the very solemn gentlemen who accompanied the two dragons. He stayed very quiet and still during all the dancing and cheering. 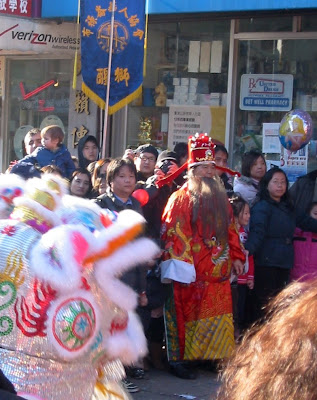 This next photo is of a very friendly balloon salesman. He had little balloon dogs on sticks for a dollar. I bought a blue one. It untwisted after about two minutes of toddler-handling; it looked more like a Chinese character after that. Still fun to wave around, however. 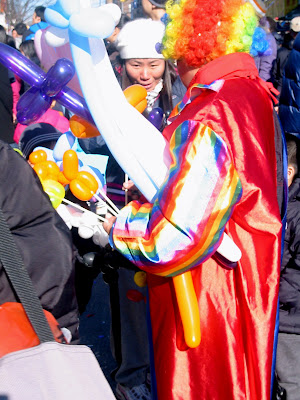 There was a lot of colorful, shiny, kind of pretty trash, but I hate to make it look attractive. Two photos below show the leftovers of the celebration. The first is silly string, confetti, a bomb bag, various plastic covers, and popper shells. The bottom photo is the remains of fireworks on 50th Street. 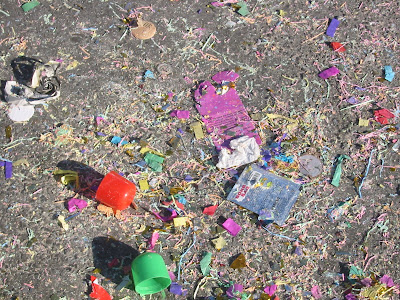 If you squint, it looks kind of like a beach with dried up seaweed. Kind of. 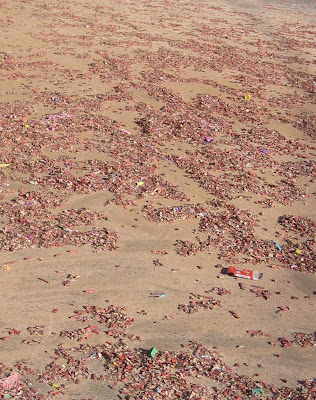 Posted by BestViewInBrooklyn at 8:22 PM